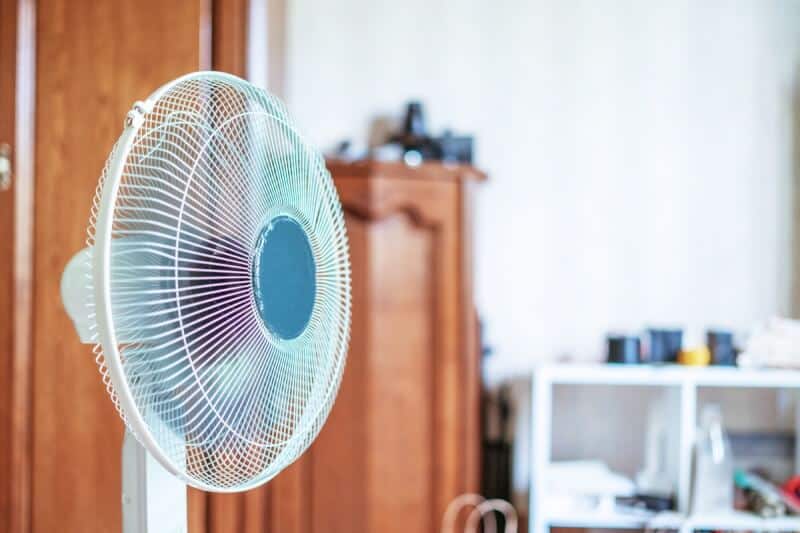 Everyone knows fans as the most basic household items. This object serves to cool or cool the room and has been around since 3000 BC. You will also find types of fans that you may or may not be familiar with, because the development adapts to the times over time.

Historically, this object has been used by the Greeks, Etruscans, to the Romans as a means of ceremony and cooling in its time, but in China, many people associate this object with myth. You also will know the types and how it past the revolution.

The Revolution of Fans

In 17th century, fans have a shape that looks like a frying pan. This object is also used as a coolant and developed into various forms according to the needs of the era.

In this century fans are still widely used. Fans have started to be sold and produced at a more affordable price. This was due to the abundance of enthusiasts at that time.

Fans in this century have a shape with a small braise. This shape which made the fan more famous and has a very significant popularity.

In this century, the development of the fan is accelerating. The fan becomes an object that has many fans due to various needs, this thing also develops into a feather fan.

Fans in the 21st century have a function as one of the items to complement the decoration. The types of fans also vary, so you can choose the one that suits your needs based on shape.

The Different Type of Fans

A fan that is very popular and very common for you to use is the ceiling. You can find it in most homes, this fan can stick to the ceiling of the house and use electricity to turn it on.

This type of fan usually has a switch that you can attach to the hub and is able to make circulation and air distribution more evenly in the room. You can put this in the middle of the room to get good air circulation.

The history of this fan originates from 500 BC where the Indian people used it first. This fan used to be used manually with the help of a cable that can be pulled, but in 1870, this fan had developments in the United States, so that it could rotate with the help of running water.

This type of fan has a high shape like a tower and will not reduce the area of the room. You can use the sleek design in a narrow room, so the room will still have good air circulation. This object is also equipped with a rotating base, so that it can cool the room.

You will also feel natural air, because this object has a built-in ionization function, to make air purification in the room. This type of fans can rotate 90 degrees, so as to make better air ducts.

The mechanism of action is very simple with the combination of silinnder blades, resulting in an ideal air filtration process. You will also save on electricity bills, because these fans have less electric power than the others.

Table fans are one of the most popular items because of their function to cool the person, not the room. You can keep this type of fan on the table, or even on the floor. Its small size can be easily moved or function portable.

This type of fan has a source of energy from electricity and has a motor engine in it. Most people use this fan because it is flexible, cheap, and durable.

You will also find fans that can be controlled by gadgets. This fan is also very comfortable to use because it is able to provide good air ventilation.

If you need an object with strong cooling, then this object can be the answer. The Pedestal fan is a very popular item with a powerful and versatile cooling engine. This fan is equipped with electric oscillation and is able to operate with a portable stand.

You can adjust the height according to your needs, so this fan is perfect for a variety of rooms. This fan is actually tall, and is capable of an inbuilt oscillation feature to maximize air transfer throughout the room.

It is also very light in weight, so it can be carried everywhere and is very different from the ceiling fan which is able to stick above only.

If you find a fan in the bathroom, it is called an exhaust fan. This object has the purpose of providing air ventilation in the room. You will also feel that one of its functions is to be able to clean the air from the bathroom, and be able to prevent heat buildup in the room.

This type of fan has a source of energy from electricity, and has the same engine operating system as other fans.

However, the thing that makes it different is the existence of a system that encourages the operation of the engine, so that the fan is able to move and function as an air vent.

This type of fan has high water pressure, so it can produce drizzle if it is produced by a powerful blower. These features can make the room or outdoor cooler and more efficient. This fan can generate about 900 watts of power, and at first use of less than 30 watts.